My 12 year old nephew Scott, who is in 7th grade, won the Spelling Bee for 2013-2014 for his Middle School in San Diego. The winning word he spelled was gravitational. He is moving on to compete against other area students in the San Diego Countywide Scripps National Spelling Bee in March. Scott is an intelligent, funny, and handsome 12 year old who is growing into a fine young man. He is involved in several sports and plays many musical instruments and is part of a band. I am so proud of all of his achievements and I am honored to be his Aunt Anne. Congratulations Scotty and good luck in the next round! You are a winner!

This month’s challenge over at W2SB is to create a card that celebrates the XXII Olympic Games in Sochi, Russia. With the Olympics starting in Russia yesterday and with my nephew training for this spelling bee I made him this card to encourage him and to celebrate his achievements. This is my second entry for this challenge. I had no intention of entering more than one card. Only after learning of Scott’s achievement did I want to design a card of congrats and encouragement which incorporates the Olympics. There are many successes in life whereby we work hard and challenge ourselves training just like any Olympic Athlete, whether it is with our bodies or with our minds. All require determination. All require a dream and believing we can do it. It doesn’t matter if we win or lose – the reward is the achievement of knowing we tried our best.

In addition to the Olympic Colors, I wanted to include the medals (as I did on my previous card). For Scott’s card I wanted to also celebrate being American. What is more American than a Spelling Bee? Who can’t remember being in a Spelling Bee? So I included red, white and blue as well. 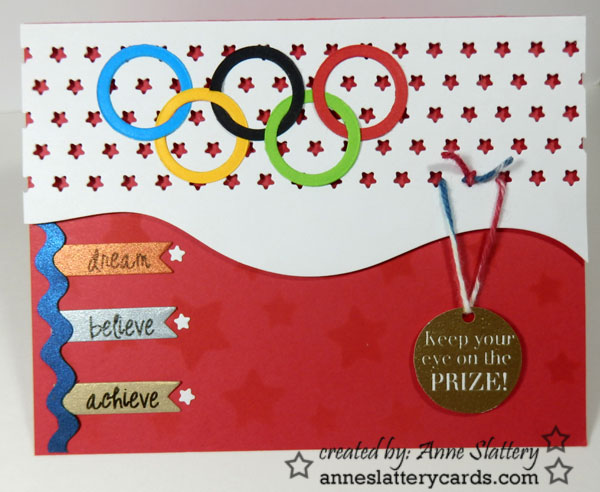 I hope I spelled everything correctly. Thanks for looking. Enjoy watching the Olympics. Go USA!!!

So I’ve been playing around with the Olympic Flag colors to participate in this month’s challenge at Words 2 Scrap By. When the call out came from OWH’s Midweek Throwdown Challenge to make a card using hexagons, I used some of the items I had already die cut and here is my card. Wplus9 Quilt pattern was used for the hexagons and the sentiment is from Hero Arts called Everyday Greetings (cut up into three). I incorporated the colors of the Olympic Flag and then thought about the athletes and what they train for – bronze, silver, gold medals. So I embossed the sentiment in bronze, gold and silver. The bronze looks like gold in the photo but shows up very nicely in person. You may want to join in the fun over at Words 2 Scrap By – check it out.

Here’s a close up of the embossed sentiments:

Thanks for stopping by and I enjoy looking at all your cards and get lots of inspiration from each and every one. 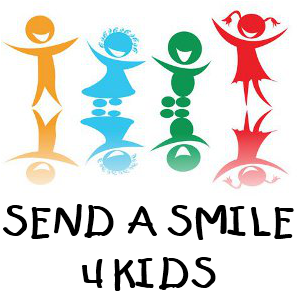